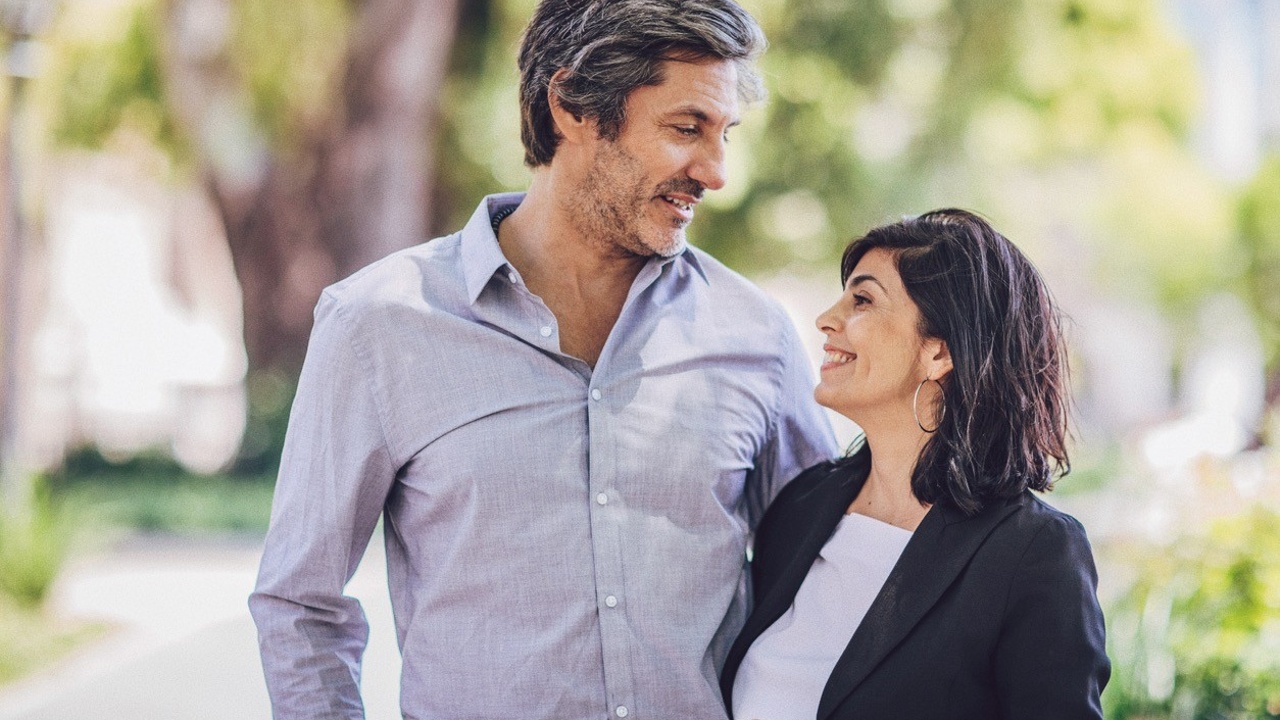 A study by Nagasawa and his colleagues in Japan (2009) some years ago involving dogs and their owners found that if a dog looked into its owner’s eyes by finding the gaze first, the owner’s oxytocin levels went up. (I suspect dopamine might also be increased). However, if the owner’s gaze found the dog’s eyes first, no increase in oxytocin resulted. This finding has continued to “dog” me as I thought about infant attachment studies and adult romantic relationships. What is it about a dog, a baby, or a lover finding our eyes that leads to an increase in dopamine, oxytocin, vasopressin, or other neurochemicals related to the reward system?

During early infancy, when the newborn’s gaze is largely undirected, the catching of the mother’s gaze by the infant leads to a dopaminergic rush—a reward that is evident in the mother’s subsequent inviting vocal tone and facial expression. This excitement on her part amplifies the infant’s own interest in returning to the mother’s gaze, and thus the pattern repeats. We might imagine that if the mother chased the infant’s eyes (as in the case of the dog), the same neurochemical reaction would not occur for her. There does seem to be, in fact, a difference between finding and being found.

A common maxim in the field of infant development is that, in the first year of life, the baby must lead. The baby’s mind has yet to be located; it is floating in some nether land, waiting to be discovered by an interested, attentive, and curious adult mind. The adult mind, or brain, must find the baby’s mind, and that can only be accomplished by allowing the baby to lead and the caregiver to follow. Donald Winnicott wrote about the mother’s intense primary maternal preoccupation with the newborn. She focuses attention on the nonverbal being, who can neither fend for itself nor express needs in an adult manner, and whose very life depends upon an interested other who can read its cues for comfort, food, and relief from pain. Indeed, the mother’s capacity for what Dan Siegel (2009) terms mindsight—her ability to read the infant’s needs and locate the baby’s mind—creates an external psychobiological womb-like experience for the defenseless, unhatched infant (Mahler, Bergman, & Pine, 1975).

Unlike the baby, your partner’s mind should be fully formed (we hope), and therefore not in need of being found in order to survive in the world. Nonetheless, it could be argued that both you and your partner need to be found to thrive in mind, body, and spirit if life together is to be worth much. Do you know how to find your partner? Have you been found?

The Eyes Have It

We are animals that function optimally by regulating our nervous systems (and emotions) interactively with others. The means of interactive (or mutual) regulation is primarily through touch, vision, and sound, in that order. Though touch has great power to down- and up-regulate another person, eye contact comes in a very close second. Indeed, when it comes to finding and being found, the eyes have it.

When we gaze at our partner (or baby or dog, for that matter), we are in real time. By gazing I don’t mean staring or looking through or looking inward; by gazing I mean being fully present in the eyes of our loved one. If we maintain presence—something our partner can see—we also become anchored in real time, in the present moment. If we look into our partner’s eyes, we can see him or her think, feel, and change before us.

Our focused gaze and interest in finding our partner over and over again not only cultivate a feeling of love and excitement (dopamine), but also reintroduce us to the strangerness that is our partner—his or her uniqueness, unpredictability, and complexity. Our sense of self and other becomes refreshed, new, updated, and novel. When our partner gazes attentively, he or she can find us despite our attempts to hide or remain unknown and unfound. Couples who rely on interactive regulation, which is really close-up play, benefit from the moment-by-moment experience of finding and being found.

Of course, we must have an interest in finding our partner! Some partners are as disinterested in finding each other as were their parents in finding them as a baby. Some partners are overly interested in finding but not in being found, as happened in childhood with their caregivers. Always turning away toward the self as a masturbatory exercise in self-finding is as lonely as always turning toward another person in a perpetual search for the other who may one day find us. Finding and being found must be interactive, mutual, and effortful. Otherwise, just stick with the dog.