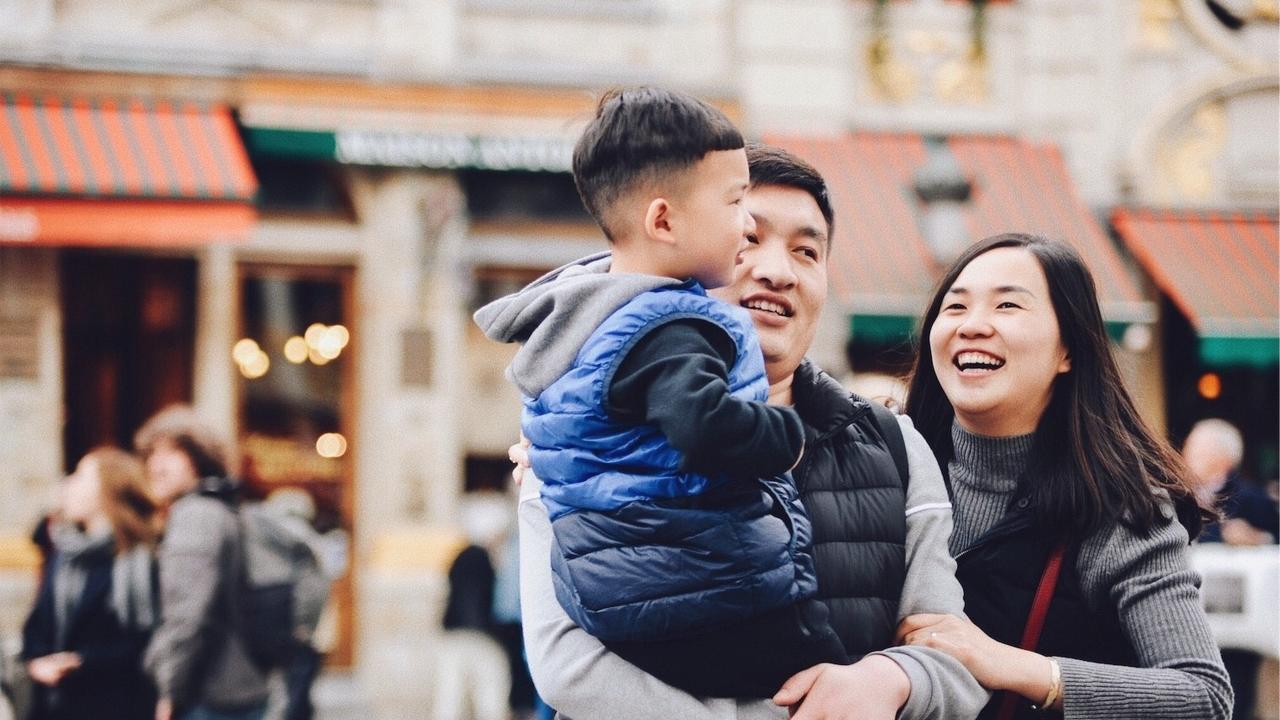 I had no idea when I took the PACT training to become a couples therapist that it would affect my personal life so dramatically. I can confidently say now that the reason I’m in a secure relationship is because I took the PACT training and learned how my attachment style affected my dating life. Through PACT, I gained the understanding and skills that helped me to find the love of my life and to create a fully supportive partnership.

I’m a therapist, so I knew for years that I had what is known in PACT as the wave style of attachment (also called the anxious ambivalent or the angry resistant attachment style). My parents divorced when I was five; both my parents worked full time, and I didn’t get the individualized attention and care from them that I craved. They were both very angry and critical of each other, which sometimes leaked onto my sister and me. In adulthood, I was aware that the lack of attention—from my father, especially—affected my attachment style in relationships with men, but I generally interpreted that to mean I was attracted to the wrong kind of man. I wasn’t sure what else I was doing that was recreating my wave attachment style.

Then PACT taught me a number of things:

1. Being a wave led me to overly rely on talking to regulate my nervous system.

Before PACT, I frequently reached out to people I was dating to “talk,” thinking I wanted to connect with them. In reality, I was trying to regulate my experience of feeling anxious. I wanted to talk about what wasn’t working for me... or how I felt disconnected... or my need for reassurance. The talking was more about feeling dysregulated than about connecting with the other person.

Through watching couples and their styles of attachment in the PACT training, I started to see that I was not taking responsibility for how I was regulating my nervous system. When I began to take full responsibility for my anxious feelings, I took a lot more of those conversations to friends instead of bringing my anxiety to the people I was dating.

2. I realized I was dating a lot of islands.

In other words, I was dating people with an avoidant style of attachment who didn’t crave a sense of connection. They were more comfortable being on their own, and generally felt uneasy with talking, relating, and connecting as a way to support their own nervous systems. They wanted to be alone when they were upset, which was the exact opposite of what I needed from a partner.

I began to identify and understand islands. Whereas I previously had an unconscious attraction to them, I developed an aversion to this style of attachment and stopped choosing them for relationships.

3. I learned to ask questions that showed me someone’s attachment style.

I was being trained to ask questions of my clients to help me identify their attachment styles, so I knew what questions to ask my dates.

I started casually bringing those questions into my early dates, mixed in with conversation and banter: What do you do when you’re stressed? How do you handle conflict? What was your relationship like with your parents? How did your parents respond when you needed something? The answers to these questions were extremely illuminating.

4. I began to visually, somatically, and energetically understand what securely attached people felt and looked like.

This helped me pick them out in crowds and even with just a picture on their online dating profile. Ultimately, this helped me pick out my partner. The training showed me what it looks like when a securely attached partner responds to his or her partner’s cues in a relationship, and I began to expect someone to respond to me in that way.

5. I let go of people who were not meeting my needs.

The PACT training helped me to clarify my needs so well that I stopped trying to fix the person I was dating to fit my attachment style. I also became better at communicating when it was clear that a potential partner and I had different styles of relating and we ultimately weren’t going to be compatible.

6. I noticed my pattern of being angry and disappointed.

I did more concentrated therapy sessions on my anger and my disappointment as these related to my parents and to people I dated. Therapy helped me understand how I brought my disappointment with my dad into my dating life. I created unfair expectations for the people I was dating, right out of the gate. In particular, I expected men who were like my father to change into what I needed, which constantly led to disappointment. Instead, I began to understand that those men would likely never relate to me the way I needed.

I started to pay attention when love and attention were given to me, instead of focusing on the lack of love I perceived. I made a practice of appreciating the love and attention my friends and community gave me, and I created a meditation for myself in which I visualized receiving and taking in the care and help I deserve.

8. I slowed down in dating.

Though it was difficult, I started to see that I didn’t need to make the perfect relationship happen all at once. I realized that if someone was interested in me, he would facilitate the next connection or next date, and I didn’t need to make it happen all the time. In the past, my wave attachment style led me to try to connect and get close very quickly with dates in order to know I was okay. As I recognized this tendency, I was able to discern more quickly that someone wasn’t right for me.

9. I was able to recognize my securely attached partner and love of my life.

I was able to recognize from the earliest of interactions with my partner that he was someone I could count on and someone with whom I could be in a secure relationship. He was even a little bit wave oriented: he wanted to talk about things and feel connected, and he was more interested in being with me than being apart.

Even though I recognized that our attachment styles aligned, I still went slower with him than I had in the past. I concentrated on connecting with him purely because I wanted to be connected to him, and less as a means of calming my anxiety. But our attachment styles aligning meant I didn’t feel anxious with him. He wrote to me often, planned dates, communicated, and showed up.

Today, I am incredibly grateful to PACT for supporting my growth and helping me identify and understand how my attachment style affected in my dating life. I continue to use that information to support couples in their relationship dynamics, and I use PACT frequently with my single clients who are trying to find a secure relationship.