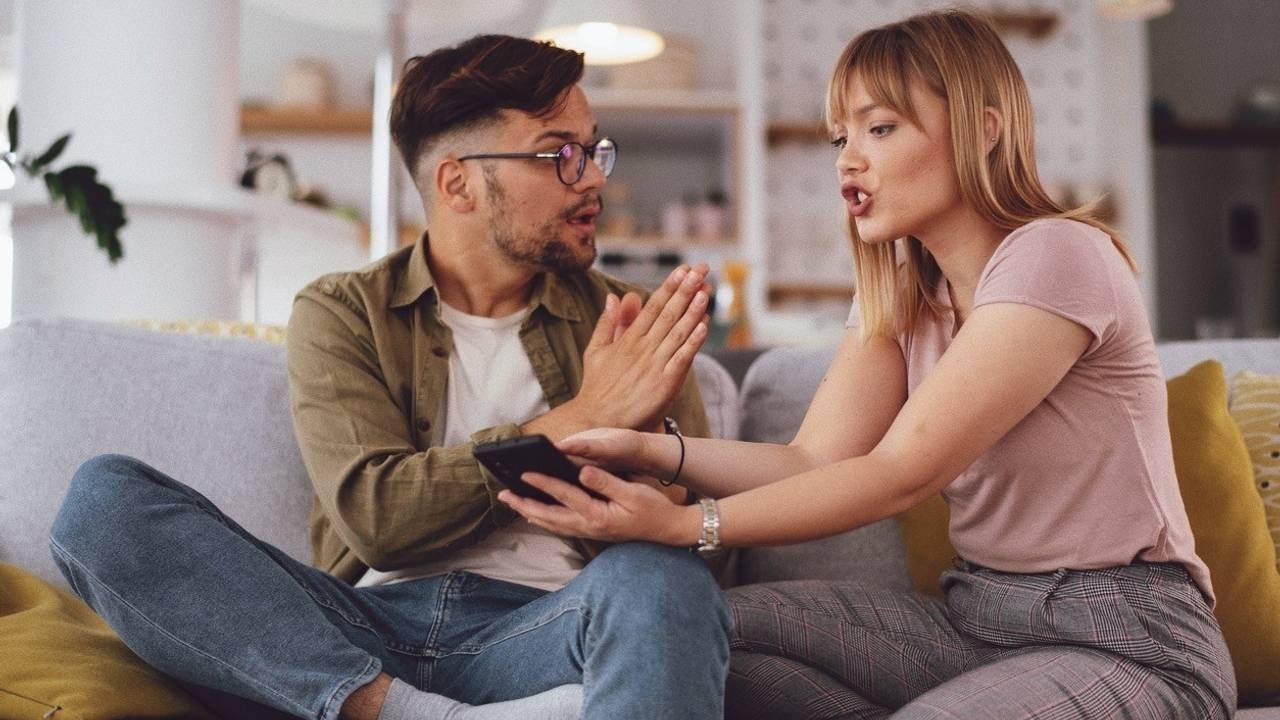 Or consider Liz and Dave, a young couple in their early 20s. They’d been together since they were 16, and Liz found herself pregnant. Now, two children and a cross-country move later, Dave began sleuthing after months of Liz being withdrawn. He found flirty social media messages between her and an old boyfriend, including what-if conversations and provocative photos. Even though Dave loves his kids, he cannot help but think about how different his life would be if he’d only known what Liz had really been up to.

Betrayal isn’t limited to sexual and romantic realms, either. Chris and Tanya nearly didn’t make it after Tanya learned that Chris had been hiding more than $500,000 in debt, including over $300,000 to the IRS. The financial betrayal was devastating. When she discovered an IRS notice in Chris’s desk, in seconds she went from believing she had a life of abundance to facing the reality she could very well lose her home.

This last example I encountered just recently. Nicole was furious at Ben after he stayed up late drinking one night and texted a dinner invitation to his cousin, Tommy, from whom he’d been estranged for a year because Tommy had done something hurtful to Ben and Nicole. The couple mutually agreed that until Tommy took ownership of his behavior and consented to some basic boundaries, he would not be invited into their lives. Nicole fumed, “I cannot be in a marriage where I go to bed thinking my husband and I are in agreement, only to wake up and learn he unilaterally changed his position and chose someone else over me. It’s just not safe!”

If your relationship is going to survive betrayal, a helpful place to start is a shared foundational understanding of what is most harmful about betrayal. Couples get all wrapped up in the particulars of what happened: stepping outside a marriage, stealing family money, making a big decision without your partner. While these events matter and are certainly hurtful, they are not usually what is behind the deepest, most lasting wounds of betrayal.

Usually the deepest cut is the profoundly threatening discovery that the very person meant to have your back is willing to throw you under the bus.

In the examples above, the specifics range from sexual infidelity to financial transparency to honoring agreements. But what’s shared by all incidents of betrayal is exposure of an unbalanced, unsafe relational dynamic in which one party (the betrayed) has lived a false reality because the other party (the betrayer) chose themselves over the coupleship by withholding vital information and engaging in threatening behaviors.

Betrayal is the discovery of injustice perpetrated in darkness. Relationships are based on agreements, covenants, vows, expectations, and assumptions of principles governing what’s okay and what’s not, all with an aim to protect the relationship. When someone playing by those rules is under the assumption their partner is as well, only to learn that’s not the case, a damaging revelation of an injustice in the relationship has occurred.

Withholding information that might have caused my partner to choose otherwise is a form of manipulation, disempowering my partner by taking away her choice to make decisions freely based on a more complete assessment of her situation. When I present a false reality — whether by directly lying or by tactical omission — I strip my partner of one of the most fundamental rights we have as human beings: the freedom to decide that which is within my power to decide.

We can’t choose if we’re going to get cancer or lose a parent next year. We can’t, on our own, pick the next president or dictate the tracks of hurricanes. But should we not all have the right to choose whether we share our beds and bodies with people who share themselves only with us? Or pool our resources only with others who will be transparent in their use of our money? Or draw the boundaries on which we rely for protection with people who won’t move the fence posts on us while our attention is elsewhere?

Advice to the Betrayed

If you’ve been betrayed, I believe there are two essential truths to consider.

First, understand you may be experiencing trauma. As Stan Tatkin has explained, the discovery of betrayal can cause the brain to reorient to a disposition of fear and doubt, forcing a safety-seeking process of circling thoughts, reviewing the new information and trying to make sense of them. Understanding your past is one of the best ways to predict the future, therefore betrayal trauma can cause a fixation on what happened in an effort to find safety and stability. For this you deserve to know the truth and receive support and care from a professional.

Second, you and you alone have the power to demand change in the dynamics of your relationship. If your partner has violated the terms of your covenant, you get to set the terms for reentry. These should be less about being punitive than establishing safety and allowing trust to be rebuilt. But only you can do this. You have to decide clearly what is and is not acceptable: phones will be unlocked, bank accounts opened, social media passwords shared, etc. This is less about policing the betrayer than creating an environment that simultaneously allows you to feel safe and your partner to choose you and your relationship over themselves.

Advice to the Betrayer

If you’re the one who did the betraying, please consider the following.

First, you owe your partner the truth about your betrayal if you want to save the relationship. I suggest this disclosure is done under the care of professionals who understand betrayal, but it must be done. Until your partner’s traumatized brain has the data required to drop down from hypervigilance into safety, your partner will be unable to move forward in healing. I’m not talking about vomiting explicit details but filling in the gaps so they can begin the meaning-making grief process and move forward, hopefully with you. Trust me, you’d rather they establish their new storyline with you than without you.

Second, it’s unreasonable to expect equal standing immediately after the revelation of such an imbalanced relationship. For a while after discovery, things are going to feel uneven in your relationship; that’s because they are. Your partner just discovered the injustice of your deceptive and disempowering withholding of the truth. They need to require a level of transparency and trustworthiness from you while being closed off and self-protective. This will last until you demonstrate, with consistency over time, your ability to put the relationship first. Then, and only then, will you prove you’ve become someone with whom intimacy is safe.

Is it Worth It?
Not every relationship will survive betrayal. Those that do, however, have a chance to reset their relational dynamic based on principles of fairness, justice, and prioritization of the relationship above all else. They are able to sift through the carnage of the past to collaborate on a new narrative, a new identity, a new way of being. With honesty, consistency, and justice, redemption may be possible.